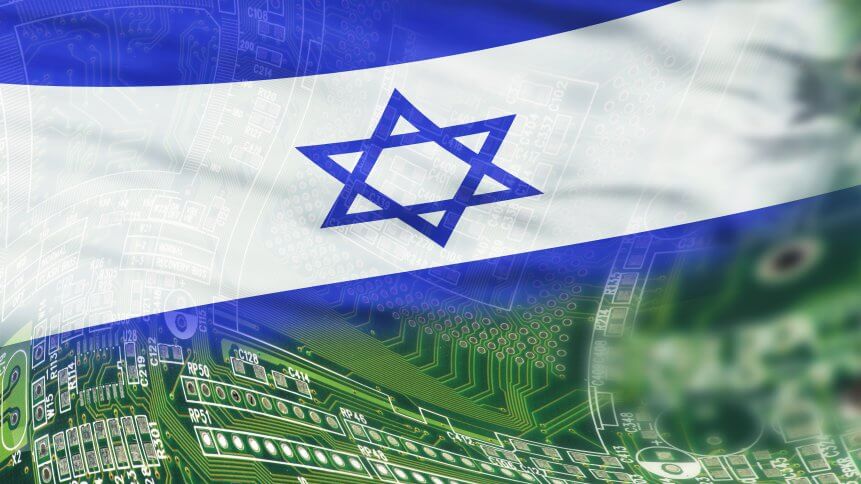 When we think of products made in the Middle East, most of us think about the trinkets, rugs, and pots that we might have picked up on holiday while in Morocco, Dubai or perhaps Egypt during quieter times.

At a push, you may have even turned over a saucer or bowl to find that a huge amount of pottery is made in the oft-forgotten Emirate of Ras Al-Khaimah (look for the RAK Ceramics stamp), but that’s about the extent of it.

As far as software and other forms of technology made in the lands of sand and souqs (markets), this is not something we normally consider. If it’s not made in Silicon Valley or one of the USA’s other major tech hubs, then we wouldn’t normally think about installing it, let along investing in it.

Israel has spent the quarter-century and more bidding to change that perception.

The State of Israel’s burgeoning tech sector has developed for a number of key reasons. The country is small with a limited degree of natural resources, but it has a good education system and a solid country infrastructure upon which new technology platforms can be locally rolled out for testing and prototyping.

But ask an Israeli why the tech scene is so hot in the Holy Land right now and you’ll always get the same answer. The country’s military forces train every citizen to a high standard of excellence in engineering, team strategy, and planning… and so every man, woman, and others will go forward into the workplace with a brain tuned for hard work, acceptance of fear, and a need to win.

This national psyche was showcased in full at the recent OurCrowd Global Investor Summit 2020, which was held in the city of Jerusalem.

From hot dogs to houmus

OurCrowd was formed in 2013 as the brainchild of American-born Jonathan Medved. Having relocated to life among his Jewish forefathers many years back, Medved has built the OurCrowd family into a community of tech innovators who now come together every year in a full Vegas-meets-Israel style conference environment.

Admittedly, there’s more houmus than there are hot dogs, but otherwise, the event’s presentation speakers rank at a global standard, as you would expect to find in Europe, the US or any other developed nation.

The organization itself works to select and vet institutions and individuals in order for investors to know who they should be investing in. In the last 7-years, OurCrowd has been behind a total of US$1.4 billion in committed funds for over 200 startups and 20 funds.

OurCrowd claims to be able to build value for its portfolio of companies throughout their growth lifecycles. It does this by providing mentorship, recruiting industry advisors, navigating follow on rounds and creating growth opportunities through its network of multinational partnerships.

“As we start the new decade, we want to celebrate the incredible achievements of the Israeli tech ecosystem over the past 10 years. But looking forward, we want to take a long-term view and focus on what’s needed to get where we want to be 10 years from now. In order to continue this exponential growth, we will need to redouble our efforts in the seed and early-stage investment arena,” said Medved.

CEO Medved talks volubly about the number of successful ‘exits’ that his organization has witnessed. But he points out that many people who don’t speak the language of tech startup investment hear the word exit and start looking for the door, as if someone is telling them which way is out.

For the record, businessdictionary defines an exit as, “The point at which an investor (usually a venture capitalist) sells his or her stake in a firm to realize their gains (or losses). Generally, exit is a move planned at the time of investment decision and may also be included in the firm’s overall plan.”

Recent successful ventures that OurCrowd is currently focusing on span all types of software application streams, but there is a particular interest right now in MedTech, HealthTech and SportsTech innovators.

“Israel punches above its weight when it comes to sports technology, with over 200 companies in the field,” said OurCrowd CEO Medved, in a cheesily appropriate comment. “This multi-million dollar market is expected to triple in the next few years.”

Additionally here we can point to Kemtai, an early-stage, Israeli startup using advanced computer vision to create personalized home fitness experiences with a virtual AI coach. Plus also Blink, a startup focused on enhancing social experiences for gamers and streamers by automatically detecting and saving key moments in a game to create what it claims are engaging, shareable stories.

In terms of overall impressions, the OurCrowd summit is several things.

It’s arguably pretty refreshing to see a technology conference being staged in Israel. With so many events in Barcelona, Las Vegas, San Francisco and other key European cities like London, Paris and even Lisbon, there’s surely room for us to think about traveling somewhere different for this kind of convention.

The local culture, food, and way of life is fully championed at this event… and yes, there is houmus at almost every mealtime, but that’s a good thing. The city of Jerusalem is well connected internationally by Tel Aviv airport (about an hour’s drive away) and the local people are both caring and welcoming.

The only downside is the cost of living, if you’re on the lookout for local shawarma (kebab), you can expect to pay around double the price you would in Europe or America… and a beer to wash it down with might be triple your normal price standard. Either way, it’s tasty stuff and the Israelis are even developing their own craft beer industry.